Why The Crypto Market Will Be Trillions

Public embarrassment is a horrible feeling. We’ve all experienced in one form or another. Predicting the future of technology is daunting enough but mix that with the future of money and markets – forget about it. The effort was to convey a whole worldview in less than ten minutes. Needless to say, it required a fair amount of sweating to be more than an embarrassment, which it undoubtedly will be considered by some as. The risk seems worth it though so let’s do this!

The below video and continued text go into why many of our trusted systems no longer function properly. I don’t know who built the pyramids but they certainly had their measurement system right for it to be possible and sustainable. The damage done by tech advancements are not yet visible in society on a large scale. We hear of declining sales in music, the press, deteriorating health care budgets, automated factories, AI in commerce and about self-driving cars. The heads of many old systems have already been cut, are bleeding heavily and lashing out aimlessly as the body of the octopus still moves. To make some sense of this, the topics include crypto, capitalism, communism, genetics, competition, media, competence, fairness, cultural revolutions and our shared decentralized future.

Watch the video attempting to assess some of the foundations of the coming value of crypto. Alternatively, revel in me exposing my profound ignorance.

To dig further into the roots of this we need to connect it to other phenomena going on outside crypto. The main argument towards trillions are the coming multiple network effects and, of course, how no industry will be untouched by this. There is more to the story than just tech as ideology plays such a big part in what is going on right now. Predicting a market in the trillions is not a wild estimate by looking at trust on a larger scale by any stretch of the evolutionary imagination. What remains a mystery is the timescale in which it will happen Most of us in this space have also encountered the strange way crypto has been most often represented in mainstream media. Why does only a small amount of the substance get any coverage?

Professor Jordan Peterson has sold 1.5 million copies of his new book “12 Rules for life”. It is not on the New York Times bestseller list due to a technicality excuse that they have previously broken for other Canadians. The real reason is purely ideological and has nothing to do with why their list is still considered valuable by many. Have you heard of the intellectual dark web?  The more you listen to any of the mentioned people in long form conversations, the less their mainstream media treatment seems to be in the pursuit of truth. To be fair, my experiences with mass media has been mostly positive. I’ve always been a proponent of diversity and hate identity politics. What is clearly missing from the current exposure is the diversity of ideas.

Today, it is sexy and woke to say things like:” The future is already here — it’s just not very evenly distributed.” I get it. I used to use phrases like this William Gibson quote too before hearing the all too logical counter-arguments. These quotes become less punchy when you have to take into consideration countries that have not yet gone through their own version of the separation of church and state. What is going on suddenly in the west and other parts of the world is already the separation of state and money. To claim we are incompatible as people due to skin color is idiotic. To claim all ideas on how to run society are of equal value is as stupid. The world becomes more complex when ideas are introduced to the mix. The ‘oppression of patriarchal white males’, which is the go-to blame and hate market on why humans currently suffer, loses a lot of ground after an encounter with the IDW people. To see what I mean, watch this in-depth interview of Jordan Peterson on Joe Rogan. So what is still missing from the big picture? What perspective can I contribute to be useful?

The only significantly unrepresented issue alongside faith, politics, psychedelics, gender, diversity, science, universal income and many other difficult to talk about subjects by this rat pack of intellectuals is our debt based monetary system. It is still a major mainstream heresy to cover so most stay away from it. The concern is that it is a slippery slope to antisemitic conspiracy theory. That is no longer a valid excuse to stay away from it as many of the IDW subjects potentially have the same road built right into them. The topic can and should be divorced from hyperbole and added to school curriculums. Why on earth are we not teaching how money works in our schools? I’m not talking about what money does which is often the distracting counter-argument. I’m talking about how it is created through fractional lending.

Ironically enough, most of the political polarization problems, extremism and other forms of imbalance stem from unbalanced economics. Our previous World Wars certainly tell that tale. The inconvenient truth is that unless if people understand money at scale, we have horrible problems. Outspoken critics of the current system, like Andreas Antonopoulos, have of course been on the Joe Rogan Experience to talk about this vital issue. I, therefore, vote for Andreas to be added to this IDW list. His contribution is by no stretch of the imagination less significant than the substance of the above people. If anything, it might be the most important thing. What else?

Turns out people are much smarter than we thought. The written word simply cannot compete with the readiness of our brains to receive stories told verbally. Especially if they are illustrated by visuals and enhanced by music. Due to tens of thousands of years of campfires and humans having many senses, new media communication is integrally more powerful than books for learning. The cost-effective global internet distribution network changed the game again. The trouble is, the written word is much cheaper to get polished to an almost bulletproof state. Podcasting, Youtube, and various other long-form platforms have made an entirely new paradigm of learning possible but still in perception to many – lack intellectual credibility. The tables are turning as solid content and earning models presented by the IDW have entered the scene.

The best podcasts and internet shows remain uninfluenced by a commercial agenda in their subject matter. One episode of Dan Carlin’s Hardcore History will leave you wondering what you would know about history if these episodes would have been part of your homework in school. As a Finn, I would have learned English at the same time. What learnings could you have integrated into your life from it all if you would have been introduced to it this way? The integrity of it all is felt by many to whom it is like someone opened the window to a stuffy room. They all, of course, threaten the income models of education as well as media in the long run. What we are witnessing here is a communication revolution comparable to the Gutenberg one. Our media, schools, money, politics, and faiths are still relatively functional like Mr. Peterson says, but the cloud intelligence of humanity has sensed this new and better wave. It cannot put its finger on it exactly, as it is nearly impossible to do but it is undeniable. There is no doubt in my mind that crypto will play a significant part in reorganizing, monetizing and incentivizing a lot of it. Something else is needed here also, which is emerging at a fast pace.

Imagine, for example, a source of information on nutrition that could take into consideration pure carnivore diets, bloodwork, Indian Vedic body types, results on veganism, environmental factors, socio-economical measurements, a myriad of published health research spanning decades, chemistry, supplements, exercise, anomalies etc. It could asses your individual holistic needs measuring them against all available data on the subject. It updates itself on a daily basis from published research papers. What you have posted online might give it significant clues as to what you are not considering to make yourself happier. All this without overpowering commercial coercion nor tribal bias verified on the blockchain. Our greatest weakness currently is our group identification tendency and survival under decaying centralized systems.

Can AI together with blockchain unclog the arteries of money too? I would love for this to be at least a part of the solution. This is not based on ideology in a way that all things will be decentralized. As covered in the podcast below, it is obvious some prefer centralized systems.

One of the future predictions by Andreas Antonopoulos is that crypto won’t be measured in trillions of dollars. His take is that crypto will be measured in crypto as the public perception on it changes. He does not want to bank the 39% who remain without a bank account. He would like to de-bank us all. I’m not knowledgeable enough to agree nor disagree with this. No one knows for sure but the way things are going – the measurement of steady value is unlikely to be the dollar in 50 years.

What do you think?

Check out my most recent chat with Karim from Basic Crypto Podcast.

The World Crypto Con just launched it’s updated website alongside my personal performance and exhibit page. Cryptomode.com just listed it among the top 5 conferences for the rest of the year. Their new program not only features new significant speakers but a myriad of crypto-related experiences from Formula 1 simulators to a gambling marathon.

Through purchasing a ticket to World Crypto Con via this link and typing in ‘$100 Off: WCC100’ you get – well obviously a 100$ off the ticket but also support the show.

See you in Vegas! 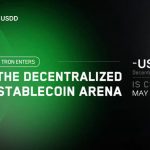 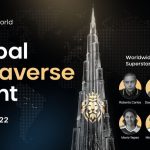